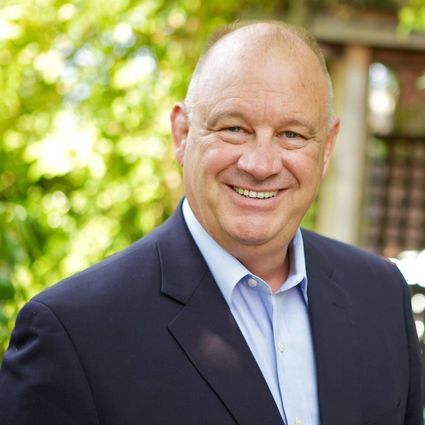 Sullivan first became an elected official in 1986, when he won a seat on the Mukilteo City Council. He served through 1989.

The Mariner High School graduate then ran successfully for mayor of Mukilteo, and served in that role from 1990 to 1997.

Sullivan later served in the state House of Representatives from 2001 to 2007 for the 21st Legislative District, which covers all of Mukilteo, and portions of Edmonds, Everett, Lynnwood and unincorporated Snohomish County.

Sullivan was then elected to the Snohomish County Council in 2007, taking office in January 2008, and has held the seat since. Sullivan represents the county’s 2nd District, which covers portions of Everett, Tulalip tribes-owned land, and all of Mukilteo.

He is out of term limits, and will look to replace incumbent Snohomish County Treasurer Kirk Sievers, who is term limited.

A press release from Sullivan cited his work on budgets across many levels of government, covering state, county and city levels.

“I’ve always worked toward creating a Snohomish County with strong fiscal health and great services that taxpayers can trust,” Sullivan said. “It only feels natural that my next role should be managing the county’s treasury and protecting the hard-earned tax dollars of its residents.”

Sullivan has been a strong advocate on the Snohomish County Council for a “rainy-day” fund, and played a key role in passing a Snohomish County finance reform package, which set aside millions of dollars in reserves for future county needs, or in the case of an emergency.

“I’ve worked on 12 city budgets, 11 county budgets, and three state budgets,” said Sullivan. “I know the ins-and-outs of financial decision-making, I’m a strong believer in fiscal accountability, balanced budgets, and the need for long term planning. Each year, the County’s Treasury invests millions and collects taxes across the county. I’ll look for opportunities to meet these duties with a greater appreciation of the needs of our community.”

Sullivan said he hopes to create a more transparent Treasurer’s Office with helpful tools and an improved focus on customer service.

He wants to create a new online dashboard service that will allow for better project tracking, and will include a record of where investments have been made.

“With many in Snohomish County facing challenges from rising costs of living, I want to look at ways to build trust and provide needed assistance,” said Sullivan. “I will look at programs like incremental payments, partial tax payments and other reforms that can ease the tax burden on seniors, working families, and other vulnerable groups throughout the Snohomish County.”

Sullivan enters the race with plenty of support in the form of endorsements.

“I've served alongside Brian in the state Legislature and worked with him in my time as state Treasurer. I know Brian will be a principled, thoughtful steward of our tax dollars,” said McIntire.

Everett residents Megan Dunn, Cecilia Wilson, and Alex Lark have also stated their desire to run for the position.

The filing period for the Aug. 6 primary election is May 13 to May 17.

The two candidates with the most votes for these positions will move on to the general election Nov. 5.