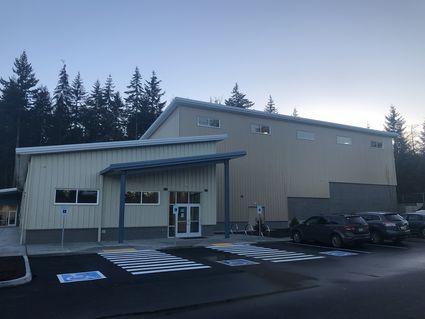 The new facility officially opened its doors for before- and after-school programs on Jan. 7. According to Mukilteo Boys & Girls Club director Chuck Davis, some students from Harbour Pointe Middle School and Kamiak High School also stopped by to check out the new club. A grand opening celebration is expected to take place in mid-February.

After more than a decade of planning, financing and, lately, constructing, the Mukilteo Boys & Girls Club officially opened its doors to the public Monday, Jan. 7.

Not all of the new facility is up and running yet, according to director Chuck Davis, but both before and after school programs started up on Monday.

The new $6.68 million facility is at 10600 47th Place W, right next to the Mukilteo Police Department and down the street from the Mukilteo Fire Department’s Station 25.

A new club has been in the works since 2006, according to Mike Neumeister, an area director for the Boys...