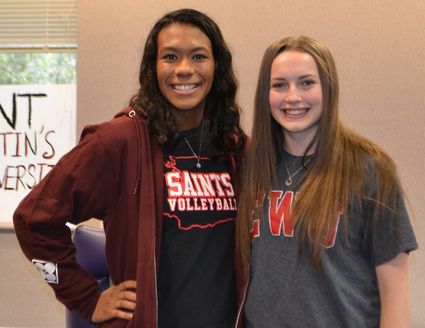 Four Mukilteo athletes signed letters of intent to continue their careers in college during the early signing period last week.

Quinci Flowers is headed to St. Martin’s University in Lacey where she will play volleyball. Flowers, an honorable mention, all-league selection, helped lead Kamiak to its first appearance at the 4A state tournament in four seasons.

Liz Thayer will join the Eastern Washington women’s soccer team in the fall. Thayer, who earned second-team honors, led the Knights into the district playoffs this fall.

Another Kamiak senior, Connor Drought, signed a letter of i...