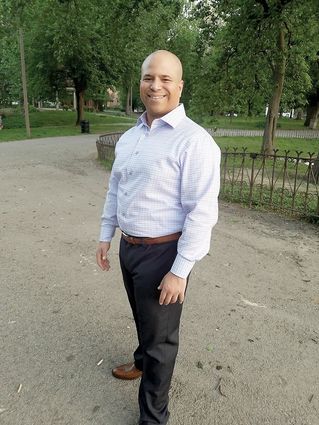 Ballots and voters’ pamphlets have been mailed, and the Nov. 6, 2018, general election is fast approaching.

The 21st Legislative District has all three positions, one state senate seat and two state representative seats, on the November ballot. During the Aug. 7 primary election, the two candidates with the most votes in each race moved on to the general election.

The 21st Legislative District includes all of Mukilteo and some of Edmonds, as well as portions of Everett, Lynnwood, and unincorporated Snohomish County.

The Mukilteo and Edmonds Beacons sent out a questionnaire regarding issues for the six candidates to answer.

The topics were Sound Transit and car tab fees; SB 6617, a bill that was passed by the state Senate and House of Representatives but later vetoed by Gov. Jay Inslee that would have exempted legislators from public-records laws; and how to improve Washington schools. Each candidate was given 300 words to answer each question, as well as offer additional comments.

Marko Liias has been the Senator for the 21st Legislative District since 2014, serving as the Floor Leader for the Democratic party in the 2018 Legislative session, and before that was a member of the state House of Representatives from 2008-14. Liias was born in the district and graduated from Kamiak High School.

His opponent is Mario Lotmore, a Republican from the Bahamas who has lived in Mukilteo for the last six years. Lotmore is an engineer, and has experience managing lean accountable processes and policies during 18 years of strategic development and project management in aerospace and manufacturing.

During the primary election, Liias received 48.73 percent of the vote while Lotmore received 30.94 percent. They defeated Democrat Riaz Khan and Independent Scott West to move on to the November ballot.

As a member of the Transportation Committee, I helped to pass the largest transportation investment package in our state’s history. While we work to bring the car tab fees down, this will help bring good jobs and reliable transportation to our district and county. It is critical that we connect residents of the 21st to a variety of transportation options and good paying jobs.

I regret supporting the bill, and I was convinced to ask Gov. Inslee to veto it based on the dozens of messages I received from my constituents. I do want to make sure that we protect the privacy of people in our community who write their lawmakers and share sensitive personal information, but we can and should provide more transparency.

We must ensure that all schools are safe and children show up ready to learn. I’ve worked tirelessly to address bullying and create safer and more inclusive schools and communities for our kids. I was honored to sponsor the digital citizenship bill  addressing Internet bullying and discrimination  which we passed with bipartisan support last session.

I am proud of my Mukilteo roots; I grew up in our community, graduated from Kamiak High School, started a small business here and served on the Mukilteo City Council before I joined the Legislature. I will continue to be a voice for our Mukilteo values and our priorities in the Senate.

As a 10-year project manager I will not be a Sound Transit apologist!

For accountable and equitable representation, the Sound Transit charter must be revised to be represented by elected officials of each impacted district. With $4 billion in cost overruns and delays, both the board and my opponent, as the former Transportation Committee vice chair, has failed us! Unlike my opponent, I will vote for car tab relief.

Enough with the excuses for this abuse of power! As floor leader, my opponent rushed this bill through without public hearings nor testimony; yet, a year earlier in a Seattle Times interview stated, “Public officials’ records should be transparent.”  That’s a crying shame! I would have simply amended the bill to redact activity that compromises safety, whistle blower situations, etc. Thanks to newspapers and residents for swift action putting we the people first!

My mom was a special education educator in the Bahamas, so education is dear to my heart. We must close the $26 million gap for special education by waiving some of the 1,477 regulations that don’t contribute to a child’s education or safety. We must promote vocational opportunities, work to consolidate testing allowing teachers more teaching time, and address capital improvements to schools.

Powerless after witnessing unsafe working conditions at a Mexican factory, I vowed never again! I will partner across the aisle to work smarter, not harder; end the drug epidemic in our community; promote vocational opportunities making our youth career ready; and implement a multi-county economic growth-plan. My talent is finding “that recipe” of shared destiny for everyone. The Democratic Party refused to endorse my opponent Marko Liias. I humbly ask for your vote to get our district and state back on track for a better future. I am that candidate that you can believe in!

Incumbent Strom Peterson, Democrat, is a small business owner in Edmonds who has held the position since 2015. Peterson also served on the Edmonds City Council for six years prior to joining the state Legislature. Peterson helped pass the nation’s first drug take-back program and other measures to tackle the opioid crisis.

He is challenged by Amy Schaper.

Schaper, a Republican, has served five terms as an elected Precinct Committee Officer, and as a delegate to state party conventions, and has worked on numerous political campaigns and causes, according to the Snohomish County Local Voters’ Pamphlet.

Peterson and Schaper were the only two candidates to run for this position during the primary election, and both moved on as a result.

Peterson received 66.49 percent of the vote in the primary, while Schaper received 33.29 percent.

Schaper did not respond to the Beacon’s request for comment.

While we must address calculating car tab fees, gridlock costs citizens and local businesses money every day. We need to invest in transit alternatives to afford local commuters greater options while investments in additional bicycle and pedestrian projects help keep our streets safe for our kids and ultimately reduce congestion.

I regret that we rushed the bill and missed the chance to get it right from the start, so I asked the governor for a veto. I look forward to working with my colleagues and open government advocates next session to take time to address concerns like protecting constituents' personal information and listen to the invaluable feedback of voters in the 21st district.

In Olympia, I worked across the aisle to fully fund education  and know there’s still

funding alone. That is why I am proud to have passed the Hunger-Free Students’ Bill

of Rights to ensure every student is ready to learn.

I am proud to represent the people of the 21st District and look forward to returning to Olympia to take on issues important to all of us. From protecting the environment and our fragile orca population, to dealing with our ongoing opioid epidemic, to making smart investments in education and behavioral and mental health, I will continue to do the bipartisan work you sent me down there to accomplish. Thank you for your vote of confidence through these past four years.

Lillian Ortiz-Self, Democrat, has held this seat since 2014. Her background is in education, and she is currently employed as a school counselor in the Everett School District. She lives in Mukilteo and has three children who have grown up in the Mukilteo School District. Her challenger is Petra Bigea, Republican, who is from Romania. She came to America in 1995 with her husband, and has served as a Republican Precinct Committee Officer and rights activist.

Bigea currently works at Summit Cardiology as a Records Lead. She lives in Lynnwood and has two children.

Ortiz-Self and Bigea were the only two candidates for this position during the primary, and both moved on to the November ballot as a result.

Ortiz-Self received 66.04 percent of the vote in the primary while Bigea received 33.67 percent.

We had a bill last session to amend the unreasonably high car tabs, unfortunately politics got in the way. This session we owe it to our residents to pass this bill and lower everyone’s car tabs. We must make sure that we are investing in a variety of smart transportation solutions to reduce congestion, improve access to alternative transit, and connect citizens of the 21st District to jobs throughout our region.

The bill and its process were flawed, and I’m grateful Gov. Inslee vetoed it so we have the chance to go back and get it right. We must find a way to protect private information from our constituents while still allowing for transparency and accountability of all legislators.

One of the biggest issues we will be addressing is school safety. Our children and teachers are traumatized and scared. We need to increase support staff, provide training to teachers and students, and work comprehensively with our community providers for the safety of all our students and staff. As a member of the House Early Learning & Human Services Committee, I’ve helped improve the conditions for our state’s most vulnerable and push for more funding to our safety net  and we must do more. As a school counselor, I see the realities of our children everyday. We must make sure the resources our families need are available and efficient, so that kids have what they need to thrive at home and can show up at school ready to learn. When we talk about supporting our kids, we must invest in the whole family.

I am excited to go back and continue to work to improve education and address the mental health issues so many are facing. I would be honored to earn your continued support.

Sound Transit consists of an unelected board that isn’t held accountable to the taxpayers. ST3 alone is $400 million over budget so far, and all ST projects combined are billions over budget. The calculation of car tabs was deceptive to the voters and should be reconsidered. I am for transparency and accountability to the hard-working taxpayers. I will advocate for an elected Sound Transit Board, rather than the appointed one.

School Choice, where the money follows the child. This will provide competition between schools, create better teachers - weeding out the bad ones, and more fiscal accountability from administration. Parents should have the choice to send their child to public, private, charter or home schools. At $12,000 to $15,000 per child, we need better accountability of how that money is translating into better education for each child. 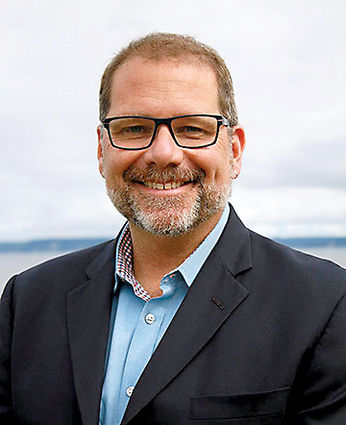 As an immigrant from a communist country, I strongly advocate for smaller government, as it was intended to be by our Founding Fathers. With less government we can cut waste and these high taxes. People should not be taxed into poverty. I am a Constitutionalist and support our rights.

I will work to fight the opioid epidemic through education, treatment and law enforcement. I believe we can partner private and public resources to solve this issue. I am against heroin injection sites.

We need to make smarter decisions on traffic congestion solutions. I will work towards solving this issue.

Ballots for the general election are due by Nov. 6. Look for coverage on other local positions in next week’s paper, and look for election results in the Nov. 14 issue of the Mukilteo Beacon.