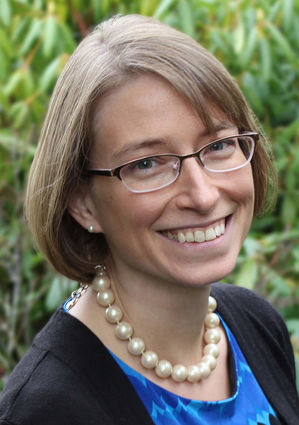 After discussing the city’s use of vacancy savings, Whelpley told his fellow councilmembers he was upset regarding severance, and wanted to change policy so severance agreements come before the council.

“One of the issues I have is when it comes down to severance,” he said. “Where is that money coming from?”

Whelpley said there is no line item in the budget that shows how much the city has paid in severance, and that he didn’t understand how the city was paying so much in severance and separation agreements with past employees.

Whelpley said he did a public records request through the city for documents pertaining to severance and separation with former city employees, including Sen. Marko Liias who served as Mukilteo’s Policy Analyst from 2014 until December of last year, when the council moved to eliminate his position. He gave copies of the records to the other councilmembers.

Whelpley noted the city’s policy was to pay severance for two months or until the employee got new work, and that they were to be paid monthly in accordance with the city’s payroll.

“I want to know why these people are allowed to get three months while everyone else got two months?” Whelpley said. “Where is that money going? Where is it coming from?”

Whelpley also noted the city’s policy states employees who willingly resign from their position are not supposed to be paid severance, but in the case of former Management Services Director Chris Phillips, he still received one month of severance despite paperwork showing he resigned.

“Right now I have this documentation showing that our former Management Services Director resigned, and he got an $11,400 severance pay,” Whelpley said.

Whelpley said the city needed to change its policy, as there was too much deviation among different severance agreements.

Mayor Jennifer Gregerson said she wasn’t sure what she could legally say in a public setting of a council meeting, and felt more comfortable discussing specific past employees’ severance agreements in an executive session.

Council President Steve Schmalz agreed with Whelpley, and asked the mayor if she consulted the city’s attorney when signing severance and separation agreements.

“Within the city, we often reach out to the city’s insurance authority to talk to them about separations, and we always consult with city attorneys,” Gregerson said. “Any of those agreements would have been reviewed and probably written by attorneys on the insurance authority side or on the Ogden Murphy Wallace side.”

Schmalz said Liias also had received a tuition reimbursement for $6,355 as part of his severance agreement.

The city’s policy is if a city employee wishes to go back to school, the city will reimburse the employee if he or she shows a receipt and a record that they passed the class.

In Liias’ severance paperwork, it shows Liias took a course at the University of Washington, but does not show the cost, or whether he passed.

Schmalz asked Gregerson whether Liias had submitted a receipt and transcript to receive his reimbursement, and she said that she was not sure, as Liias didn’t submit them to her.

Schmalz then questioned why Gregerson would sign off on the agreement if the city’s policy wasn’t followed.

Gregerson said Management Services Director Steve Edin worked with Liias on the severance agreement, and that they decided to honor the agreement of paying for Liias’ coursework after his position was terminated.

“Marko Liias made a request that we include that in his separation agreement, so I put that in there, and from there the agreement went to the mayor for her approval,” Edin said. “He did ask me for that money, so I put it in there, and I discussed it with the mayor. He did not provide us with receipts, so it was included with the agreement, but then from there I don’t know what arrangements the mayor and Marko made.”

Edin asked Gregerson what the discussion between her and Liias entailed, and Gregerson said she didn’t speak to him about the tuition reimbursement.

“But you made and signed the agreement that you were going to give him up front, it seems like it’s up front, $6,355,” Schmalz said.

Gregerson said Liias finished the program last year, but Schmalz said that didn’t matter since the policy wasn’t followed, and there was no paperwork to prove he had finished the class.

Gregerson said Edin was the one who recommended they put the tuition reimbursement in the agreement, but Edin said Liias requested it, and that’s why it was included.

When Schmalz asked why Liias received an additional month’s pay in his severance, Gregerson said she wasn’t sure of the specifics at the time, but that often, additional severance is paid because it comes with a release of claims against the city.

He said since the council is in charge of the city’s budget, and that some of these agreements differed from the current policy, it should have come before the council before she signed off.

Gregerson said she had no issue with bringing severance agreements before council, but that other agreements that weren’t discussed didn’t come before the council either. Schmalz countered that those followed the policy, so there was no need for them to come before council.

Councilmember Sarah Kneller said it’s common practice to negotiate severance packages on a case-by-case basis, but understood that this was a policy issue.

Whelpley said the policies are clear, but they aren’t being followed, which could set precedence.

“This is about a violation of our policy, and we need to fix this today,” he said.

Council Vice President Christine Cook said people being treated differently when they’re leaving the city was disheartening to those still working for the city, and those who abided by the agreement.

“I just don’t see how that can be a good thing for an organization,” she said.

Councilmember Richard Emery noted he had been on the council for a long time, and said no separation agreement had come before council other than those who were threatening legal action against the city.

Emery noted the council’s job isn’t to deal with personnel issues, but did say that they are in charge of money and making sure that policies are followed.

Whelpley supported Schmalz by reiterating that other agreements didn’t need to come before the council because they followed the city’s policy, but that these four cases should have since they differed from the policy.

Councilmember Anna Rohrbough, who was not present for the meeting but called in, said this was the council’s role because it pertained to taxpayer money.

“This is absolutely our role. We are not a private business, we do not have the ability to give people bonuses at will,” she said. “This is why and what our government is set up for, and if we went over and above a severance package, that’s something we absolutely should be aware of and have an opinion for.”

Cook agreed, saying these are public funds they’re dealing with, so the council should play a role.

“It just doesn’t feel like policy is being followed in all the circumstances, and folks are not being treated the same,” she said.

Schmalz asked Meyer how much the city spent on tuition reimbursement in 2017, which ended up being $4,677.

“Does that mean the policy wasn’t followed? I’m trying to figure out how that transaction was arranged  how was that entertained?” Schmalz said.

Gregerson said she depended on Edin to negotiate with Liias, and normally the tuition reimbursement given to an employee would be a part of that portion of the budget.

She said the timing of the reimbursement, and how it became a part of the separation agreement based on how Liias’ position was terminated were reasons why it was handled differently. Schmalz said that should have had no bearing on the policy, and wondered what would happen if the city was audited.

Schmalz then questioned Gregerson on why Liias received a third month of severance, before calling an executive session, which lasted roughly 30 minutes. 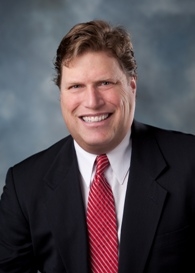 After the council reconvened, Whelpley made a motion for all severance agreements, separation agreements, memorandums of understanding, and collective bargaining agreements to come before the council for approval.

Cook proposed an amendment to the motion for a worksession with the city’s Human Resources Director to discuss policy related to these issues.

Cook’s amendment passed 5-2 with Whelpley and Councilmember Bob Champion voting against it.

Whelpley’s main motion passed 6-1 with Champion voting against it.