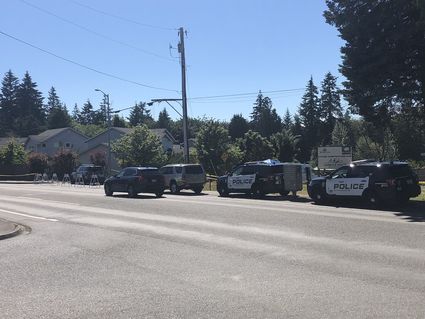 Police presence on Tuesday, July 3, off of Beverly Park Road at Pacific Place. Officers discovered the body of Ezekiel Kelly, and later learned his death was connected to another murder in Arlington just days before. Four people have been arrested in connection with the two deaths.

A fourth person is in police custody in connection with two murders earlier last month, one of which occurred in Mukilteo.

Kelly is accused of providing cleaning supplies to her boyfriend, Hassani Hamadi Hassani, as well as two other friends to help cover up two murders. She is also accused of helping clean a car used in the two murders, as well as providing an alibi for Hassani.

The body of Ezekiel M. Kelly, a 22-year-old man from Everett, was discovered on Pac...