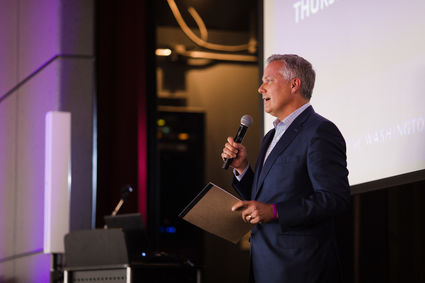 King 5 anchorman Mark Wright was last years emcee and will return to host the 2018 fundraiser as well.

For the second straight year, the University of Washington Bothell is collaborating with the Mukilteo community to host the Anna Bui World of Hope Fundraiser.

The event is from 5 to 8 p.m. Thursday, Aug. 2, at the Rosehill Community Center.

Proceeds from the event go toward the Anna Bui World of Hope Scholarship, which helps UW Bothell students study abroad.

The Bui family and UW Bothell started the scholarship after Anna Bui was shot and killed at a Mukilteo house party in July 2016. The shooting also claimed the lives of Jordan Ebner and Jake Long.

“A little after it (the shooting) happened, my family and I didn’t know how to honor Anna,” Anna’s sister Anny Bui said. “We started this scholarship as a way to give back and allow students like Anna to study abroad in her name.

“We traveled together, and when she came back it was the happiest she ever was.”

James Anderson, an Alumni Engagement and Philanthropy Manager at UW Bothell, has been helping organize the event, and said they raised far more money last year than their initial $25,000 goal.

“Last year we raised over $60,000,” Anderson said. “We hope to raise even more this year to provide more scholarships.”

Anderson said the event is a little more organized than last year’s.

“Last year it started at ground zero,” he said. “We didn’t have a budget, we just came in with the mindset of having the community involved.”

The city of Mukilteo has donated the Rosehill Community Center for the night’s festivities.

“The City Council awarded a co-sponsorship grant providing the space at Rosehill because we believe the event contributes to our community, and are proud to support the Anna Bui World of Hope Scholarship Program, allowing students expanded opportunities and to support the memory of Anna,” Mukilteo Mayor Jennifer Gregerson said.

A plethora of donations, including food, time and resources from a photographer and videographer, as well as monetary donations helped make the first event memorable.

“We had a turnout of about 200 last year,” Anderson said. “It was stressful but beautiful and happy.”

There will be plenty to do at the fundraiser this year, including wine tasting, a buffet, a photo booth, and more.

“Last year we had food from all over the world, but that made it a little chaotic, so this year it’s more honed in with Vietnamese food,” Bui said.

King 5 anchorman Mark Wright will emcee the event, and there will be a live auction with plenty of great items.

Some items include Seahawk tickets with a large Steve Largent photo, Mariners tickets with the opportunity to be a guest groundskeeper at Safeco Field, a travel package, signed basketballs by James Harden and Jeremy Lin, tons of gift cards and more.

“We wanted to focus on experiential things,” Anderson said.

Anderson believes the scholarship and event are aptly named.

“The theme of the evening and the name of the scholarship is ‘World of Hope,’” he said. “We can all use some hope. This lets the Mukilteo and UW communities come together to give hope.

“This tragedy touched the community to the core, and effected the UW community as well. Last year, we even had people from all over the country give to us.”

This event means a great deal to Anny Bui, who wants to see the spirit of Anna live on through others.

“Even though it’s a fundraiser, there’s a lot that’s behind it,” she said. “There’s a lot of meaning and hope. The inspiration that Anna left, we don’t want her to fade. We want to keep her memory alive.

“Her voice when she sang, her love for kids, those memories can give hope to those who study abroad.” 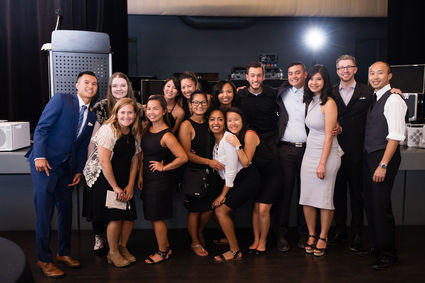 Organizers from last years fundraiser posing after the 2017 fundraiser. This years event takes place from 5 to 8 p.m. Thursday, Aug. 2, at the Rosehill Community Center.

“We hope this image of her helps students and people live their lives to the fullest and encourages people to step out of their comfort zone,” Bui said. “You never know when tomorrow’s no longer there.”

Bui said she knows gun violence has affected many throughout the country, and that this event helps give hope to those affected by events like the Mukilteo shooting as well. “You can always find a new light when you’re in the darkness,” she said. “This may be something people can connect to.”

Tickets are $50, which includes all food and drink costs for the evening. $40 of the ticket price is a tax-deductible gift. You must be 21 or older to attend.

Tickets can be purchased at http://events.uw.edu/AnnaBui2018.