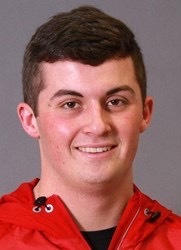 Kamiak graduate Tim Beard, a thrower for the Eastern Washington University track and field team, was named to the Big Sky Conference All-Academic team for spring 2018.

A total of 69 Eastern Washington University athletes were honored. To qualify for the team, athletes must maintain a 3.20 cumulative grade point average or better at EWU and meet the requirement of playing in at least half of the team's competitions (or for track and field, at least compete in the Big Sky Conference Championship meet).

Beard earned All-Big Sky honors in the hammer throw with his third place finish in the conference championships. He wrapped up the season with a throw of 190 feet, 4 inches.

The former Kamiak standout also was named a Division II Academic All-American in 2017 when he was at Asusa Pacific University.