By Glen Pickus, Temple Beth Or

Timing can be everything l Worship 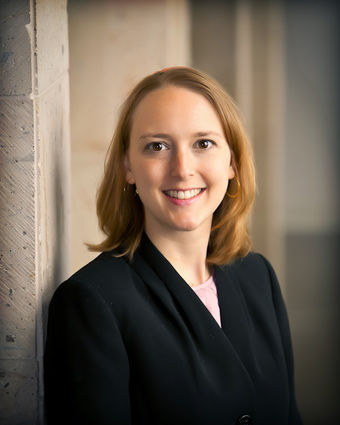 It doesn’t hurt to be a little lucky.

Temple Beth Or’s search for our next rabbi took a lot of energy and coordination and was carefully planned.

As we executed our plans we hoped we would be successful. And we were.

However, part of our success had nothing to do with our efforts and had more to do with being lucky with our timing.

Temple Beth Or is a small Reform synagogue located in Everett, 27 miles north of Seattle. Our rabbi is a part-time position.

Going into the search we knew the population of candidates interested in working part-time for a small congregation in the Pacific Northwest was small.

Fortunately, Rabbi Rachel Kort was looking to relocate from Southern California to her native Seattle to live closer to her family. She was also looking for a position that would demand less of her time then her current position as Co-Rabbi at the 570-househould congregation at Temple Beth El in Orange County.

In other words, what Temple Beth Or was offering was exactly what she was looking for.

But it takes more than the right circumstances to have a successful match.

Rabbi Kort’s philosophy, style, interests, and capabilities had to match Temple Beth Or’s needs and the Temple Beth Or community had to have the values and character that were attractive to Rabbi Kort.

Of all of the skills and strengths Rabbi Kort will be bringing to Temple Beth Or, her people skills are the most significant.

As part of the selection process Rabbi Kort visited Temple Beth Or for a weekend experiencing worship services, leading a Torah study, and participating with religious school students.

The visit was as much about Rabbi Kort checking out Temple Beth Or as it was about us checking her out.

“When I had the opportunity to spend time with the Temple Beth Or community in Everett this past January, I was overwhelmed standing and praying in the historic synagogue that has lovingly supported Jewish life in Snohomish County since 1918. The sense of commitment and dedication among members to the community’s past, present, and future was palpable,” Kort said.

She said Temple Beth Or’s commitment to supporting thriving Jewish life in the Pacific Northwest is what excites her the most about joining the Temple Beth Or family.

Rabbi Kort was ordained and received a MA in Hebrew Literature and a MA in Religious Education from the Reform Movement’s Hebrew Union College-Jewish Institute of Religion in New York in 2010.

She grew up in a committed and active Jewish family in the north end of Seattle. Her parents supported her Jewish engagement, both with the congregation where she grew up and in the greater Jewish community.

Rabbi Kort said she felt empowered as a Jewish leader from an early age. That doesn’t mean, though, that she always planned on being a rabbi.

“I seemed to be the only person who was surprised when I began to consider becoming a rabbi as a 17-year-old while making decisions about undergraduate programs,” Kort said.

“While becoming a rabbi seemed like an obvious choice for others, I had never seen myself in the role of rabbi until I had the opportunity to receive mentorship from women rabbis in the late 1990s.”