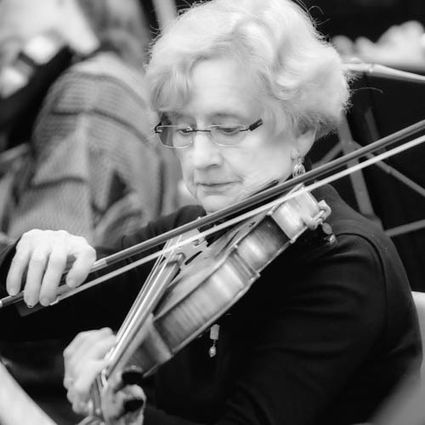 She was a compassionate and loving wife, mother, sister and friend. LaVerne was born in Seattle, Washington in 1932 to Ray and Grace Rader and was the youngest of three siblings.

A graduate of Roosevelt High School, LaVerne received a bachelor’s degree in creative dramatics from the University of Washington and then a master’s degree from Princeton University’s theological seminary.

She was a campus minister at the University of Colorado, where she met and married her husband, Jerome Sugamele, who was a returning Korean War veteran.

When Jerome was hired as an engineer for Boeing, they returned to the Pacific Northwest where they raised their four children on Mercer Island.

Always bettering herself in order to give back to others, LaVerne went on to become an ordained Presbyterian Minister and obtained her second master’s degree at Seattle Pacific University in marriage and family therapy.

After moving to Mukilteo, LaVerne shared her compassion, sense of humor and thoughtful listening skills by practicing therapy at First Presbyterian Church in Everett. Her passion in life was helping people during difficult times and she touched many people’s lives with this gift.

Music was an important part of LaVerne’s life. She taught the flute to countless students and played for the Seattle Symphony. Later in life, LaVerne learned how to play her father’s viola.

Always eager at every endeavor, she quickly became proficient enough on the viola to play with musical friends at her house and joined the Mukilteo Orchestra.

Her lifelong passion for music consumed her until her last days and she enjoyed sharing her love for music with others.

LaVerne is survived by her loyal and loving husband of 60 years, Jerome Sugamele, her children Gia, Kirk, Kyle, and Angell, her musical sister, Phyllis, and her beautiful grandchildren and great-grandchildren.

There will be a living celebration of LaVerne Sugamele’s life on March 31, at 2 p.m. at First Presbyterian Church (2936 Rockefeller Ave., Everett).