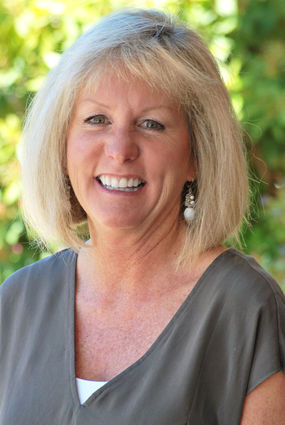 Gun violence in schools nationwide has been an unfortunate reoccurrence over the last decade.

With the school shooting in Parkland, Florida, on Feb. 14 and a just-spoiled shooting/bombing plot at ACES High School, some Mukilteo students planned to join their fellow students across the country and walk out of class today to voice their displeasure over gun violence.

Kamiak High School, Mariner High School and Olympic View Middle School have students who planned on participating, according to Andy Muntz of the Mukilteo School District.

Mukilteo district students will be participating in the National School Walkout, and walking out of their classes at 10 a.m. for 17 minutes, in honor of 17 people who were shot and killed in the Parkland shooting.

Ketta Davis, Kamiak High School’s ASB president, was one of the students organizing the walkout, and said the school’s administration had been supportive of their decision to participate.

“Abby Selbeck (freshman class president) and I were the two students who brought the idea about,” Davis said. “We have sat through meetings with our principal and vice principal to see if we could get them on board to support us and ensure students wouldn’t get in trouble if they walked out.

“The administration has been supportive in our endeavors, but said they couldn’t actually help us with anything other than supervise for safety, because they didn’t want to take a stance on the issue as a school.”

According to Davis, the Kamiak staff would supervise the walkout for safety purposes, and students would not be disciplined for participating.

Davis said she and Selbeck found more supporters at school who helped organize the walkout, and received support from the Kamiak Human Rights Club, which had been acting against gun violence.

“We also recruited support from the Human Rights Club at Kamiak after I went to their meeting on Monday (March 5),” Davis said. “This club is organizing the writing of letters to the NRA (National Rifle Assoctaion), businesses who support the NRA, and businesses who we’d like to see start funding research on gun violence.”

Davis said she had heard from some students at Harbour Pointe Middle School who wanted to participate, but was unsure whether anything was planned.

A Mariner sophomore who wished to remain anonymous said a group of sophomores were organizing the walkout at Mariner. Kyra Floyd, a Mariner sophomore, came up with the idea to join in the nationwide walkout.

“Kyra Floyd came up with the idea and I was quick to back her up and put the idea out there around school and social media,” the student said. “Our main purpose of this walkout/protest is first and foremost student and staff safety in schools. We need better safety procedures, and we all need to be aware of them.”

“I feel this walkout is important because it not only gives the students and staff the opportunity to use their voices towards the unjustified system, but it gives us a chance to call out all the flaws and provide possible solutions to them,” Floyd said.

“With this walkout, I am hoping to accomplish a righteousness for the community, and provide possible outcomes and changes for ways we can handle our faltering system. I have personally been talking to a lot of the staff about the walkout, trying to encourage their participation in the walkout to emphasize my point of this being a community thing.”

The anonymous student said the walkout was about gun control as well, saying she believed guns should be harder to obtain and that no 18-year-old should be able to access an assault rifle.

Mukilteo School District Superintendent Marci Larsen issued a statement about the planned walkouts, saying the school district respected the students’ decisions, whether they chose to participate or not.

“It’s important that we honor both viewpoints and ensure that all students are respected no matter what they choose to do,” Larsen said.

Larsen also said the school district didn’t endorse the walkouts, and that schedules and attendance policies would not be altered to accommodate the walkouts.

“At the same time, however, we also recognize that students have the First Amendment right to express their views,” Larsen said.

Larsen said moments like this could be “powerful moments of civic education for students” and that school staff were preparing for the walkouts and doing what they could to help students participate without disturbing the rest of the students.

“Nevertheless, we have asked all of our building administrators that if they are approached by student leaders expressing an interest to participate in these events, that they should guide them in their planning so that there will be minimal disruption to the school day, students will remain on campus, and they will conduct themselves in a safe and respectful manner,” Larsen said.

Mike Gallagher, the principal at Kamiak, also issued a statement to parents regarding the walkouts.

“As the after effects of the recent tragedy in Parkland, Florida, continue to reverberate around our country and within our community, I am reminded of words shared by Dr. David Schonfeld with our staff following the 2016 Mukilteo shooting  while we will never return to what it felt like prior to the violence, we will develop a ‘new normal’ for living beyond it,” Gallagher said. “How we arrive at that new normal is in part how we process what we have been through and where we choose for it to lead us. Across our nation we see students processing by planning for ‘walkouts’ or rallies where they can take action by calling for an end to violence.

“It is a means for them, and other supporters, to grapple with understanding what happened, and to take some measure of control over violence in their future.”

Gallagher said that the school wasn’t planning or participating in the walkout officially, but that they understood and appreciated students’ desires to participate.

“We only ask that such walkouts respect the fact that not all wish to participate, and that students participate in a responsible manner by honoring common rules established by school policies and safety practices,” Gallagher said.

According to Gallagher, the school’s student resource officer from the Mukilteo Police Department would be on site, and there had been a request for “heightened police presence” during the walkout.