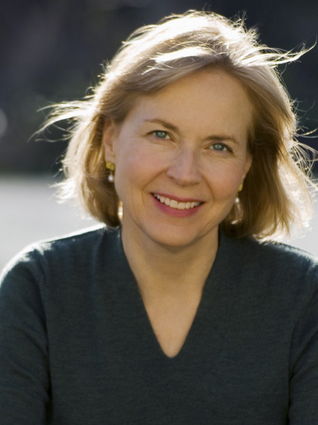 Nancy Horan is the author of two New York Times bestsellers that are favorites of book clubs throughout the nation.

Horan, author of “Loving Frank” and “Under the Wide and Starry Sky,” is the keynote speaker at the 24th annual Mukilteo Schools Foundation fundraising breakfast at 7:30 a.m. Friday, Nov. 11, at the Future of Flight Aviation Center.

An award-winning author, Horan will share how she became a writer, her process for writing historical fiction, and the importance of humanities in school.

“Loving Frank” is about the scandalous love affair between legendary American architect Frank Lloyd Wright and translator Mamah Borthwick, and the public shame they experienced in the early 20th century.

“It was the scandal of the century because it was a different time,” Horan said. Divorce was really discouraged. Mamah was the woman scorned. She paid the ultimate price for it.”

“They were an unlikely pair, but their life together was as thrilling as any adventure story that he (Stevenson) wrote,” Horan said.

The book was selected for The Today Show Book Club, and was named one of the best books of 2014 by the Washington Post and the St. Louis Post-Dispatch.

“In both cases, I was drawn in by the famous men, who had fascinating stories, and in the process I discovered these marvelous women who were attached to them in some way and who were completely worthy of their own novel, but were sort of footnotes in history,” she said.

Horan, of Whidbey Island, graduated from the University of Illinois with a bachelor’s degree in English.

She was a middle school English teacher and a freelance journalist before she became an author.

“I think having Nancy Horan as a speaker is exciting,” said Layli Lewis, president of the foundation. “We’ve had many great authors come and speak over the years, all different with unique things to cover.

“I’m really looking forward to meeting her and getting to know more about her.”

The Mukilteo Schools Foundation promotes community involvement and commitment to education in the Mukilteo schools. Its fundraisers support excellence, innovation and creativity in the classroom.

Proceeds from the breakfast will go to the foundation’s grants, scholarships and STEAM field trips. The foundation’s STEM support has become STEAM this year.

The field trips send students to local businesses and organizations to create an interest in STEAM (science, technology, engineering, art and mathematics) subjects.

“It’s not just STEM anymore, it’s STEAM to include the arts,” Lewis said. “Our focus has remained the same; providing grants for teachers and scholarships for students.”

Horan said she jumped at the opportunity to help raise funds for the Mukilteo School District because it promotes STEAM, but especially the A.

“Humanities have always been with us, but we should keep underwriting those important [subjects],” she said. “Language arts, literature, poetry, history and social studies. Conversation happens in those classes, particularly around stories.

“There’s a certain magic in stories. Stories teach us empathy, and I think that in our tech heavy world these days, we could all use a big dose of that.”

Last year’s breakfast raised $51,000, which funded 79 college scholarships and grants to teachers and students in each of the district’s 19 schools. This year’s goal is to raise $55,000.

The breakfast is scheduled for 7:30-9 a.m. at Future of Flight Aviation Center, at 8415 Paine Field Blvd. in Mukilteo.

Tickets are $50 per person or $375 for a group of eight, and are available online or at the door.

For more information, or to buy tickets, go to http://www.mukilteoschoolsfoundation.org.