The Beacon made a mistake | Worship 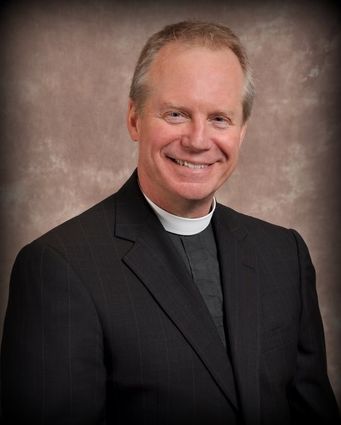 The Beacon made a mistake. It was not a big mistake or a serious mistake, but it did cause some confusion.

Last month, they published a worship column written by The Church of Jesus Christ of Latter-day Saints Bishop Dan Park  a new columnist to the weekly rotation. The mistake was that they attributed his column to me.

Our names are similar enough that it’s not hard to see how the error was made and how it missed the editor’s careful eye.

To be fair, The Beacon is a terrific local paper in an age when many others across the country are failing. They are good at what they do.

I was impressed by the earnest and honest apology offered by the publisher and editor there. It was just a “flub.” I have made plenty of mistakes along the way; some of them much worse!

There was the time I ran out of dishwasher detergent and, in my hurry, figured that regular dish soap should work just as well. On returning home, I discovered the kitchen waist deep in foamy white suds pouring out of the machine.

I guess the two soaps are not the same.

I remember, too, the time that I stood at the baptismal font, Bible in one hand and a handful of water in the other, “I baptize you Eric, in the name of the Father”  the child’s mother, ever the quick one, stopped me mid-sacrament and said, “Oh no you don’t! This is John!”

The congregation giggled. I turned red. We started over.

There was also the time I was in a hurry to get to the church office. There was a funeral, and I was running behind. As I drove along in a 25 mph zone, I ended up behind another driver going the speed limit.

Totally frustrated by the leisurely pace of the driver in front of me, I flashed my lights and crowded up quite close behind. The driver would not speed up! Maybe if I honked my horn?

As it turns out, the driver ahead of me was actually a member of the congregation. He slowly pulled into the church lot, parked, locked his doors and walked up to me.

The Beacon made a mistake. I hope the Mormon bishop was not offended. He deserves credit for his own words.

His column, with his photograph, over my name may have come as a shock to him, too! I told members of our church that while our theologies regarding marriage and family may be different, at least the Latter-day Saints leader was much better looking than me.

Lutherans have an earthy anthropology. In general, we do not have a high view of the nature of human beings.

Ignominious, weak, pretentious, duplicitous and selfish; we go about our lives settling for the easy things instead of the right things. In religious vocabulary, the word is, “sinner.”

But, that’s not the last word. We humans are also capable of great good. Compassion, courage, beauty, self-sacrifice and forgiveness also come from these flawed and humble organisms. Amazing!

We have a religious word for this, too. It’s called, “grace.” God is very good at such things.

I make mistakes. The Beacon makes mistakes. Maybe you do, too?