'Miracle on 34th Street' comes to the stage | Theater Review 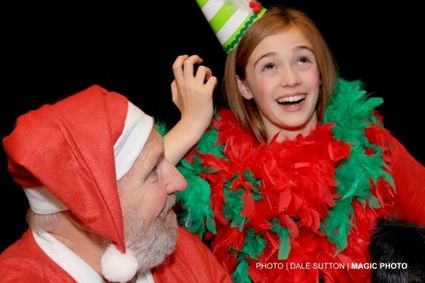 The Driftwood Players will perform Miracle on 34th Street from now until Dec. 21 at the Wade James Theatre, 950 Main St., Edmonds.

This Thanksgiving, and the last one, I was disappointed that “Miracle on 34th Street” wasn’t on TV.

It is the perfect way to celebrate both Thanksgiving and Christmas, and fortunately, you haven’t missed your chance entirely this year.

The Driftwood Players are performing a play version of the great movie classic.

Most know the familiar story, which remains the same.

On Thanksgiving, Macy’s hires a nice old man as their last minute substitute for Santa, because he looks and acts exactly like the real McCoy. What they didn’t realize was that he believed he was.

Along the way, he breaks through the cynicism of a divorced single mom named Doris and her daughter, Susan, who’s been raised not to believe in Santa. He also gets many others to believe as well.

So how does this version differ from the original?

For one thing, it takes place in modern times, even though they use the original names.

There are cellphones and more of a balance in the workplace where women are concerned.

Because the first movie was made in 1947, Doris was a woman among many men.

Here, the role of Shellhammer, Mr. Sawyer, Judge Harper and D.A. Mara are all played by women.

On the other hand, Mr. Macy is still around, but in the new version Bloomingdale’s is the store’s competitor, instead of Gimbels.

It’s not a musical, but children dressed as elves sing and get the audience into the Christmas spirit. Whether it’s a necessary addition is debatable.

The Driftwood Players have assembled a good cast to tell this timeless story, which is directed by Nikki Fey-Burgett.

The jolly Kris Kringle is played by Eric Bischoff. He hasn’t been on the stage for some time, but he is wonderful in the part.

The skeptical but charming Doris is played by Molly Hall. You might remember her from last spring’s production of “Steel Magnolias.”

Her husband, Jason Gingold, plays the kind and loyal Fred Gayley, who defends the children’s right to believe. This is his first play with the Driftwood Players. Hopefully, it will be the first of many.

Shelly Coley-Donohue plays the Macy’s devil’s advocate, Ms. Sawyer. She brings a Brooklynite accent that fits in well with the New York setting.

Cynthia King plays the corporate-minded Mrs. Shellhammer. Here, she takes a break from her career in film to co-star as the misguided executive.

The stern but warm Judge Harper is played by Jane Lear. She’s a pleasure to watch as she spins her wheels, not knowing where to turn.

And last, but far from least, is Isabelle Menning making her acting debut as Doris’ little girl, Susan, who challenges Kris to deliver a big gift. She must have been really good this year.

It’s time to start celebrating the season, and seeing this is a good place to begin. Don’t miss Kris. 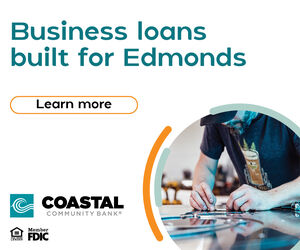