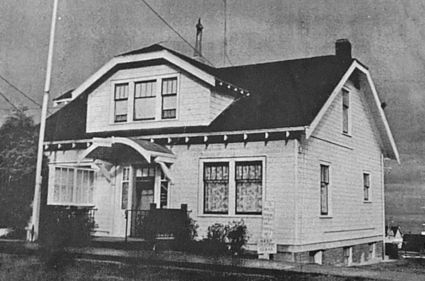 The Friends of the Mukilteo Library were instrumental to the opening of the first library in Mukilteo on Oct. 19, 1963. Before it was a library, the building at 724 2nd St. had been the post office.

The Friends of the Mukilteo Library celebrated their 50th anniversary on June 8  at the library they have supported since July 9, 1963.

Founded with just eight members, the Friends were instrumental to the opening of the first library on 2nd Street in Old Town and also the return of a library to Mukilteo in 1998.

Over 50 years, the Friends have supported all three of Mukilteo’s libraries by funding programs, donating books and other needed items, and taking part in community events.

Before 1947, Mukilteo was served by a Sno-Isle Libraries bookmobile  a “library on wheels,” co-president Pat Colyer said.

With its incorporation as a city, however, residents could no longer borrow books from the bookmobile, which was provided to unincorporated Snohomish County only.

The residents were without a library for 16 years  they had to go to Everett or Alderwood Manor to borrow books.

And they did so, until 1963, when the first library opened in what had been the post office. Postmaster David Burkland rented the building to the city for $30 a month.

The founding members of the Friends of the Mukilteo Library had helped to not only drum up support for the library, but also find the location and financing for it.

On Oct. 19, 1963, the library opened its doors. Its shelves were stocked by Sno-Isle with 4,000 books, which turned over every two weeks.

In 1978, the library was moved to Rosehill Community Center. The librarian was Lois Livingston.

Two classrooms were renovated to become a library that was three times the size of the first, and later expanded into a third classroom. Still, it soon became too crowded.

“There was talk about getting another library, so we started to raise funds for a new one,” Colyer said.

In 1994, the library was forced to close its doors. It was the only library in Washington state to ever do so.

Despite the loss of the library, the Friends continued to meet, and rallied for a new library. Group membership during that time soared to 166.

In 1996, Mukilteo voters agreed to bond themselves for $2.8 million to build a library in Harbour Pointe and annex to the Sno-Isle Libraries System. On July 27, 1998, the library once again opened its doors.

Since then, the Friends have funded more than $100,000 in improvements and programs.

The Friends fund many of the library’s programs, including the Summer Reading Club for children and adults. The most popular have been on genealogy, artisan breads, world travel and how to declutter.

The items donated include: the bronze sculptures out front, reupholstered furniture, indoor plants and their care, book carts, lamps, shopping baskets for collecting books, a copy machine, a defibrillator and book display easels.

“The Friends function like a rich uncle,” said co-president Margaret Wright. “That’s pretty much what we do. The [library tax] doesn’t always cover frills and things that are nice to have.”

Their mission was and continues to be to promote the partnership between the library and the community. 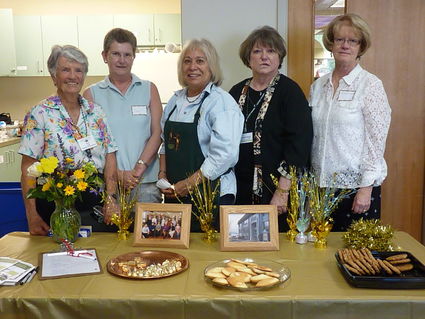 The Friends raise funds through ongoing book and magazine sales  located in the lobby of the library  membership dues and donations. Books are 25 cents to $5 each.

Today, there are about 12 active members. The board meets at the library at 10 a.m. on the second Monday of the month September through May. The meetings are open to new members. General meetings are also held four times a year.

Want to join? Applications are available at the library, 4675 Harbour Pointe Blvd. Members must reside within the Mukilteo School District.