‘Laura’ will keep you guessing

“Laura” is one of the better whodunit’s out there. Most don’t keep you guessing up until the last five minutes. This one does. Even the supposed ‘victim’ might be a... — Updated 1/30/2013

‘Much Ado’ to grace Kamiak’s stage

Kamiak High School will bring Shakespeare to the stage once more with “Much Ado About Nothing.” This play isn’t as well known as “Romeo and Juliet,” or a “Midsummer... — Updated 1/16/2013

‘The Little Mermaid Jr.’ is a hidden treasure

‘Fiddler’ will make you laugh and cry

Village Theatre is beginning the new year with an old favorite: “Fiddler on the Roof.” “Fiddler” has so much to offer an audience. It’s about the harshness of life, the... — Updated 1/9/2013

‘The Dinner Party’ is a bowl of laughs

When it comes to comedy, it’s hard to top Neil Simon. From “The Odd Couple” to “The Goodbye Girl,” it’s difficult to find stories with more empathy for the characters. One of Simon’s lesser-known works is “The... — Updated 1/9/2013 Full story

Mariner High School is bringing an abridged version of “Anne of Green Gables” to the stage. A rather good version, in fact. Though, of course, it’s no replacement for the original miniseries or book. There will never be a... — Updated 11/7/2012 Full story

Classic American literature wouldn’t be the same without Mark Twain. His funny and enlightening book “The Adventures of Huckleberry Finn” was both celebrated and ridiculed in... — Updated 10/31/2012

A comedy as sweet as frosting on a cake

“The Red Velvet Cake War” is an absurdly funny farce that explodes off the stage  a stage at the Everett Mall. After they closed their existing movie theater, it was... — Updated 10/24/2012

‘The Sunshine Boys’ has its day in the sun

Nobody does comedy better than Neil Simon. His plays have been keeping audiences in stitches for decades now. Red Curtain Productions has made another wise choice to make the most... — Updated 9/26/2012

The Historic Everett Theater is starting their play productions early. Their first one is “Nunsense.” Yes, that’s the title. “NUNSENSE.” It doesn’t have much plot to... — Updated 8/8/2012

‘Anything goes’ on this cruise

The Historic Everett Theater concludes another successful season with a forgotten favorite: “Anything Goes.” It was a big hit in its day, thanks to its show-stopping tunes by... — Updated 6/6/2012 Full story

It’s almost guaranteed that something unexpected will happen at a wedding. This is exactly what happens in Village Theater’s musical comedy “It Shoulda Been You.” Jenny is t... — Updated 5/9/2012

Kamiak brings tale as old as time to stage

The play “Bedroom Farce” is a hilarious comedy with a lot of human truth. It focuses on four married couples, all of which know each other. Delia and Ernest are the patriarchs of the group. They’ve been married for over... — Updated 4/25/2012 Full story

A fun romp through the corporate office

The Historic Everett Theater is shaking things up with the musical comedy “How to Succeed in Business Without Really Trying,” a fun romp through the corporate office. The musical became enormously popular in the 1970s thanks... — Updated 3/21/2012

The Village Theater is presenting “The Odd Couple” as their third production of the year. “The Odd Couple” is one of the funniest and most beloved of any of Neil Simon’s... — Updated 3/7/2012

Photo courtesy of Reunion Theatre Group Grace Sharp (Bonnie Ronan) always has whatever she needs in her bag—but sometimes she needs the help of her good friend, Doris Brooks... — Updated 2/8/2012

The true story of Annie Oakley

The new year is a time to look forward to the future and realize the value of the past. One of the best ways to value the past is by seeing a play that tells a true story. “Annie, Get Your Gun” tells the amazing true... — Updated 1/18/2012 Full story

Can you solve the murder mystery?

Students at Mariner High School will present their first play of the school year, “Brothers Grimm Spectaculathon” by Don Zolidis, a fast-paced, satirical skit of all the Brothers Grimm fairy tales rolled into one. Are... — Updated 11/9/2011

Will America take them?

The Village Theater is starting out their season right with a new, original production of their own. Titled “Take Me, America,” the play follows an eventful day in a number of peoples lives. For some, it will mean their... — Updated 11/9/2011 Full story

A ‘funky’ take on a Biblical tale

The Northwest Savoyards are starting their play season right. With a cast of more than 50, the theater group has resurrected an old Bible story and made it new again. What is it? It’s the radical and funky “Joseph and... — Updated 11/2/2011

They don’t write them like this anymore. Noel Coward was one of the greats. And some of his best work is on the stage of the Historic Everett Theater. “Blythe Spirit” is haunting there for three weeks. Perhaps bei... — Updated 9/28/2011 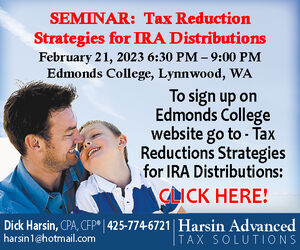